"This is your home — come here and make it yours"

"This is your home — come here and make it yours"

Ghana has attracted visitors from all over the world with its "Year of Return" campaign, an initiative that began in 2019 to mark 400 years since the first documented slave ship from Africa landed in Virginia. The Ghana Tourism Authority and Ministry of Tourism, Arts, and Culture is encouraging the African diaspora to "come home" to the country many of those ships departed from.

Hundreds of thousands of people from all walks of life have traveled to the West African nation to take them up on it — some as tourists and others to pursue business opportunities.

"Ghana is saying to people: 'This is your home — come here and make it yours. You have been gone a long time but we are ready to have you,'" Chiké Frankie Edozien, journalist and director of the Accra-NYU campus, told CBSN.

Being part of a black-majority population is a welcome change for some African Americans. "To me there's no such thing as a black woman in Ghana; I am a woman in Ghana. We are all black," said Lakeshia Ford, an American in Ghana interviewed by the BBC. 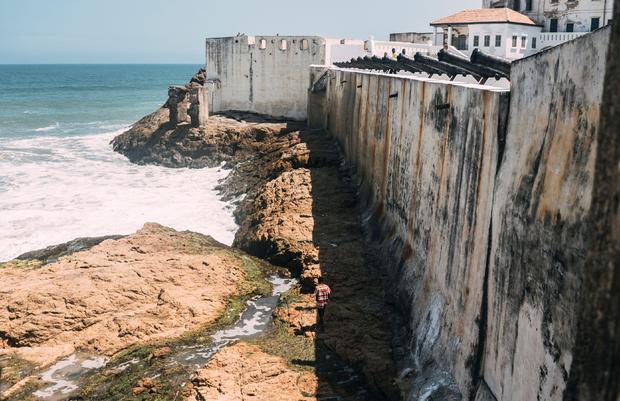 A picture shows a view of the walls and ocean at the Cape Coast Castle in Ghana, site of many slave-ship departures. NATALIJA GORMALOVA/GETTY IMAGES

For other Americans, like Voltaire Xodus, the decision to move to Ghana was driven by the wide array of economic opportunities.

"Living in the U.S, all the seats are taken, all the big brands are there. Here, the cement is wet and you have an opportunity to create a seat at the table," Xodus said.

"The secret is out," Edozien told CBSN. "We are starting to see people who have come, had a good time and have now understood that this country is poised for great things and this is where they need to put their business acumen in as African Americans"

A number of cultural events, including a paragliding festival and AfroChella, a music festival, were organized as part of the "Year of Return" campaign, which has boosted the country's tourism and economy. 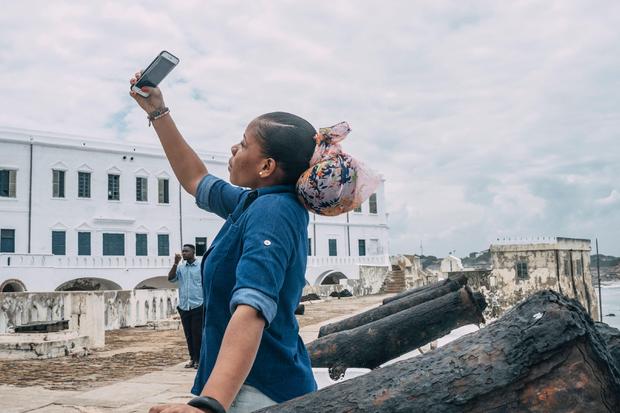 A tourist takes a selfie at the Cape Coast Castle in Ghana, on the West African coast, on August 18, 2019. NATALIJA GORMALOVA/AFP VIA GETTY IMAGES